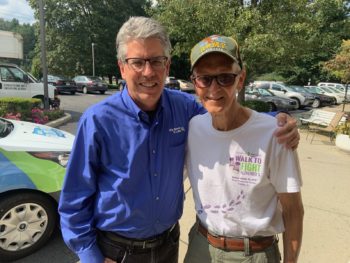 Parker at Stonegate and Brookdale Paramus

Another day in the heart of Jersey with two cool stops in store for us.  Parker was our first customer in the state 15 years ago, and I always try to get to that first community if we can. We have a great cruise with a couple of residents from their skilled community, and Dave, in particular, strikes a chord.  He spent most of his life as a chemical engineer, then in his 40s became an actor,  working all kinds of gigs in New York and New Jersey. Once I heard that story it was time to put him to the test: let’s see if this man in his 90s has still got game.  And damn, did he deliver! He started acting out parts of plays,  threw different accents at me – it was insane.  And it’s one of the lessons for this whole journey.  When I first met Dave, I had NO idea what was in this man’s spirit,  what was in his soul.  He made me laugh and laugh and laugh,  would have stayed in the car until midnight if he could,  and was so appreciative after the ride was over. Thank you, Edna, for picking Dave. He is the man!

Then off to our third Brookdale stop on the journey, Brookdale at Paramus.  The first two Brookdale stops were full of divas, vacuum cleaners and a lot of laughs.  But my experience here with Jack will stay with me long after the birthday cake is forgotten.  Jack (his real name John, like me) is a physically slight man with a lot of spirit.  There was no denying dementia as we drove,  but there was equally no denying his vibrancy.  He talked about his service plaques and awards,  not in a boastful way,  just in a matter of fact way.  It was nice driving around the beautiful houses in Paramus,  but nothing that eventful in the conversation.  Until we got to the end of the journey – wow!  We pulled up under the awning, I was wrapping up my ramblings,  and as I slowed down, Jack started subtly breaking down and crying.  The emotions and experiences and thoughts came pouring out.  It was powerful; he just had so much to share about his life,  almost hoping to make sure that he had been relevant.   Something about the driving around,  the conversations,  it changed him. The whole exchange is caught on film,  and I want to make sure Brookdale and Jack’s family are OK sharing the footage, as it shows again the life that people living with dementia still have left to live.

After the trip, Jack Insisted on bringing me to his room,  and who he is,  his character, what he was trying to articulate as we drove, it all leaped at me off his walls.  Plaque after plaque after plaque,  awards from his many years at United Airlines and in the community at large.  He had won an award for his significant help during 9/11. It was so remarkable, and he was trying to convey all these experiences in a humble,  “greatest generation”, sort of way.  I’m beyond honored to have met him.

As I said goodbye to Jack,  his slight body grabbed me and he stiffened up,  looked me in the eye and asked me to pray for him that night and told me he would pray for me. We shared things privately we each wanted each other to pray for.  It was the most intense moment I have felt on this journey, and I keep praying every night for Jack as the miles roll by.  And I know he prays for me.  It doesn’t matter whether he remembers me or not,  I know I’m in his prayers. 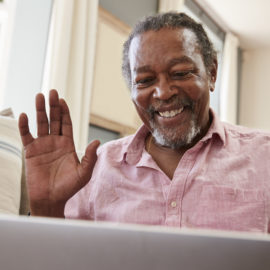 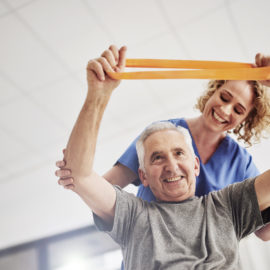