60/20 Tour: Groveling at a Dealer, an Entertaining ED, and Powerful Stories 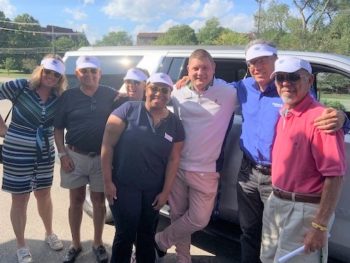 I’m a bit frenzied to get to the car dealership in West Allis, WI. The van had been towed the previous night and sits quietly in a parking stall 100 yards from me.  I’m surveying the faces of the multiple service clerks, trying to find one that might be sympathetic to my plight.  It’s honestly hard to explain what we’re up to to a service clerk (driving around the country getting senior living residents to sing in a van that looks like it’s part of a circus).  Brian looks like the man –  his demeanor has “friend of nursing home” written all over it. There are a few problems here: it’s a day before a three-day weekend so they are light staffed,  I don’t have an appointment,  and six men,  all much bigger than me (and looking like they all take the first day of hunting season off)  are in line ahead of me. So, I politely explain what I’m up to and five of the six men let me cut in line (I wasn’t going to mess with big Bill) and Brian is there for me. He pulls one of the techs out of a job and we head to the van for a check. The tech is armed with all kinds of remote diagnostic devices and wires.  After they run their tests, Brian looks up, scratches his head, stares at me pensively, and tells me slowly that I’m looking at a possible several-day delay. In what seems like slow motion, he tells me it seems to be a fuel pump issue and it’s a particularly hard part to find. What?! This is the 60/20 Tour, and hanging out with the greatest generation can’t be stopped by a fuel pump!

I channel a friend I have who gets involved in all kinds of crisis management issues. She had told me that the art of handling a crisis is slowing down your thoughts, and when you do that options will magically pop up.  And that’s what happened. I was making this too dramatic. First of all, the senior living crowd is so used to change on an hourly basis,  they will be understanding. And then it hit me that I just need another big vehicle since the cameras are portable. So, I rented a big suburban at the Milwaukee airport,  got the cameras loaded up,  and let the good folks at Emerald Place that we’re on our way after all. The show must go on.

We get to Emerald Place later than planned, but they pulled it off.  Emerald is an Anthem memory care (and longtime iN2L) community. Michael, the ED, is one of the few guys who likes a microphone as much as I do, so he ran the show. He chose the residents for crooning, rode along in the van, and took over karaoke at the after-party. I’m sure he’s a great ED, but he missed his calling as a DJ!. The residents we took for a cruise (Bing and Richard) were awesome. Young men dealing with memory loss, they both have histories of being successful entrepreneurs and had such powerful stories to tell.  After the party was over, I spent some quality time alone with Bing,  something about the trips on the van makes people open up to me; it’s strange and powerful.  Bing’s intimate story about his own life,  dealing with dementia while running a business,  was poignant and personal.  Through all the fun and frolic of the journey, these stories stay with me. How people deal with adversity is becoming a subplot to the whole journey.

So, the wild day ends on a high note. Two visits are set for tomorrow in rural areas of Illinois while fingers are crossed and prayers said that the infamous fuel pump is en route to a Milwaukee dealership. 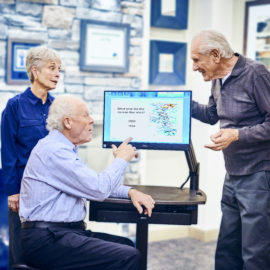 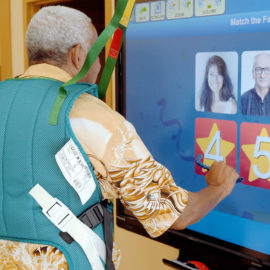 Improve the Resident Experience with Teamwork and Engagement Technology 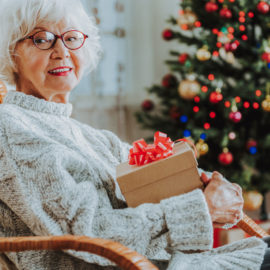 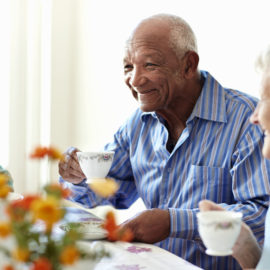