The Francis Chronicles – Round 2! 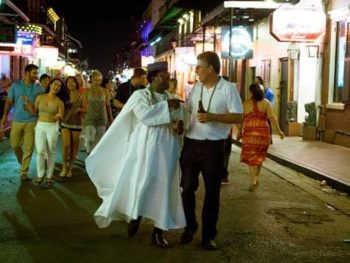 The story of Francis is hard to consolidate into a few short sentences. For those of you new to my musings, Francis is a soulful warrior from Africa who has changed the lives of thousands and thousands of Cameroonian Women and elders. He stood up against prejudice and repression at the risk of personal harm and 18 years later his organization CDVTA has been nationally and internationally recognized for its work. I had the pleasure to meet Francis in Australia in 2016 at the Global Ageing Services Network conference (formerly IAHSA). We were on a panel together discussing innovation and aging. His work and his spirit struck me on a personal level. We both felt it was much more than coincidence that brought us together – neither one of us will ever be the same.

Upon my return to the US, It’s Never 2 Late made a modest donation to his work. And for a simple $500, unbeknownst to us, Francis established the Jack York Northwest Cameroonian Elderly Women Goat Fund. It was half entertaining and half remarkable that for our small donation Francis was able

to change the trajectory of nine Cameroonian Villages. I was hooked and immediately started dreaming bigger things for my newfound soulmate. I brought him over to the US where he delivered a keynote presentation at the 2016 Pioneer Network Conference to start his American journey. From there we drove – yes drove – from New Orleans to Las Vegas. Our brilliant videographer and photography friends (Zack Mejias and Eli Ritter) captured every step of the journey. The trip was obviously entertaining but it was also used as a fundraising vehicle. We started raising money for a senior center in the middle of Cameroon.

The fundraising has been virtually all completed and I was invited to Cameroon (along with Zack) to reunite with Francis to see the fruits of his labor over the years and to christen the Dorothy York Senior Center (named for my Mom) with a children’s wing dedicated to Hannah Thomas. I’ll be sending a few snippets for anyone who’s interested to chronicle the journey. Thanks to so many for making this all possible.